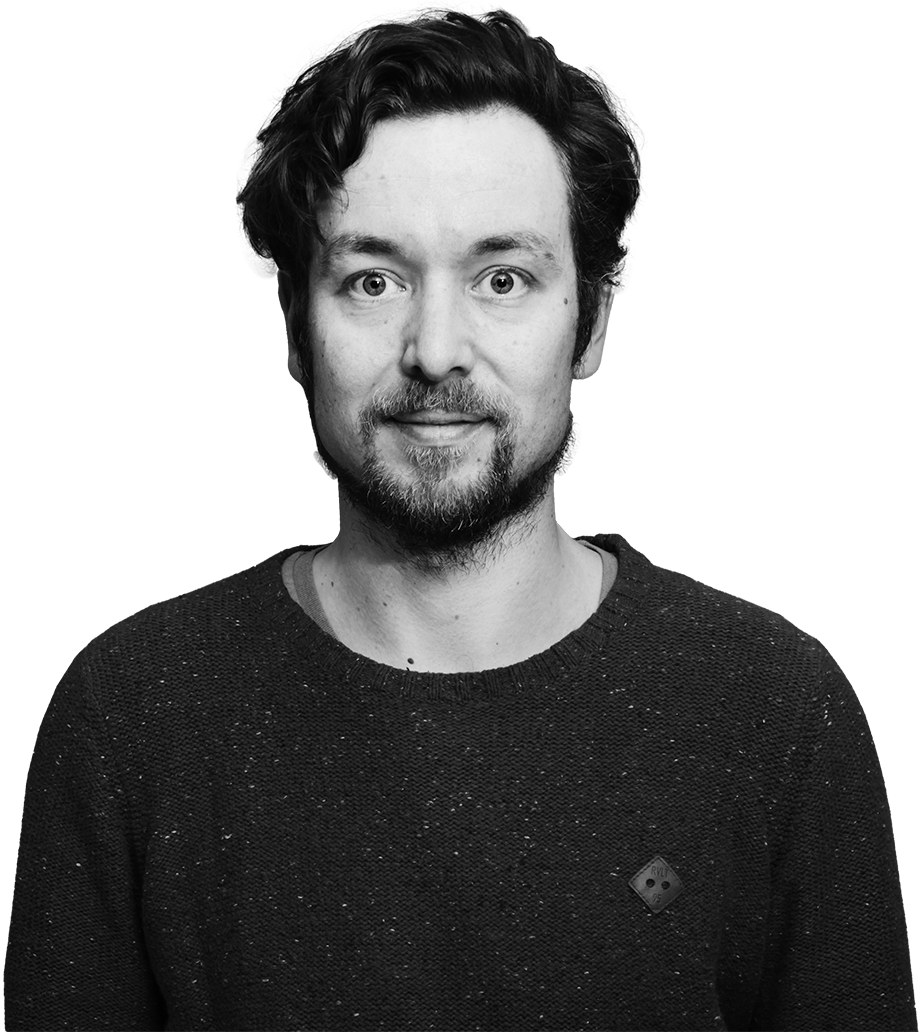 Jan Dirk van der Burg (1978) photographs and films. He also creates books and in addition to Twitter biographer he is also the national authority on Olifantenpaadjes, the Dutch term for desire lines, the shortest route from A to B.

His most well-known work is the book of photographs Olifantenpaadjes/Desire Lines (2011), both an optimistic indictment of an abuse of the landscape and an ode to the shortest way to get from A to B. He also compiles the best Twitter accounts in the Netherlands in autobiographical anthologies in the ongoing series Tweetbundels. His graduation project in 2004, a series about office culture, landed him in a photographic niche of public hearings, meetings and classes. The world under the modular ceiling.

Currently, he is in Ukraine working on a documentary and a book in which he tracks a plastic bag trend as a way to decode the complicated human relationships in society.

Jan Dirk is a long-time Pandist, the nickname for motorists who deliberately choose to drive the Fiat Panda. He lives and works in Amsterdam.